I Wrote the Vision 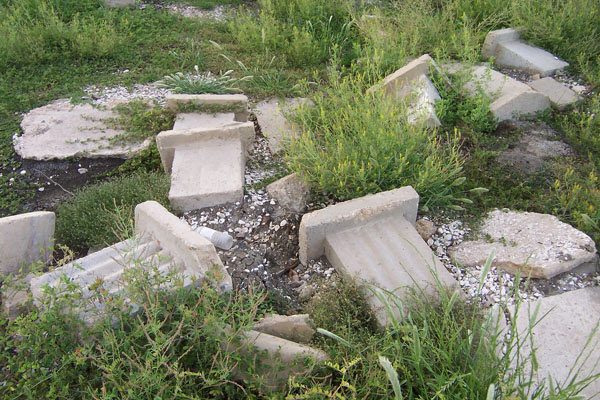 Every new year at our church, our pastor would preach a sermon called, "Write the Vision". He read from Habakkuk chapter 2, encouraging each person to write down a list of goals or things he/she wanted to see happen in his/her life.

From the very first days at my Word of Faith church, I took to heart much of what I was learning and had a growing vision for my family that included homeschool, missions, and ministry in general. I was building my life on the hope that that vision would become a reality. Church wasn't just church for me. It was a new way of life and the start of my family embarking on God's calling on our lives. I had such confidence in the direction we were going. I felt such optimism. I believed that our lives were actually going to count and that not only could we raise children that would come to personally know Jesus as savior, but also that we could impact the world and change the course of history.

Of course, the plan majored on my children. I had an intense desire to homeschool them to be independent thinkers and have stellar character. This plan to homeschool was dependent upon the church to be our social outlet.

Another component of this vision was ministry, specifically missions. The plan was not just me and/or my husband but the entire family taking the Gospel to a lost and dying world. We would bring living bread to dying souls. The children could see how the rest of the world lives outside of the pop culture bubble that is America. It was a call my husband and I heard very clearly-on more than one occasion.

The calling was intertwined with our work in the church. We thought the mission opportunities would arise as we volunteered in various departments of ministry.

I had confidence that I could believe that God would bring all these things to pass. Every time I began to sense the slightest worry about what would become of my children, I would go back to the things I had written down. I would quote scriptures and pray. I was so thankful to have a hope and a future for my kids. But, gradually, my plans began to crumble.

The social network and support I had been counting never materialized. We didn't have a lot of money which meant the kids didn't "fit in". Camaraderie and emotional connections never grew. But, I thought, no worries! I'll try harder...but it was to no avail. Then the final and most devastating blow came.

We found out that our "pastor" was a covetous liar, hungry for money and covering up the truth. We left our "church".

We then set out on the intimidating task of finding a new church. After a year and a half, we think we have found one. The problem? It's tiny. There are no peers for my kids. So, I am going to have to abandon homeschooling and enroll them in public school.

The point of this post is try to communicate to people how someone can become invested in something so twisted as the Word of Faith and why the aftermath can be so devastating. Our entire life's plans fell when we discovered the truth about our "pastor".

It's Not Something You Just Get Over

So you have left a controlling church after months or years of soul-searching. And maybe it's been a while since you left. I'll bet I know what people are telling you: it's time to move on, get over it. You talk to Christian friends, ministers you feel you can trust or family friends and it seems like everybody is ready for you to get over it. Let me assure you, if you don't feel like you are going to get over it anytime soon, you are.....normal!
I have friends who have left controlling churches that have rebounded quickly. Others who were more deeply invested in our old church or in the faith movement had their lives turned upside down when they left and are still recovering.
I personally am still in recovery mode after 18 months. This experience has caused me to deeply question the church's ability to be a social institution and yet remain ethical and faithful to God at this point in history. I am also taking my sweet time committing to any particular doctrinal stances. I definitely believe we can know truth...but me being able to wrap my brain around it is another thing. And I do not want to just accept what anybody says as correct doctrine just because they say so, no matter how orthodox it all seems. That's partially how I got into this mess in the first place!
Despite it all, I am very glad to accept the responsibility of thinking for myself. I no longer feel like I have to see what Pastor So-and-so thinks...or Bishop Whats-his-face...or Rev. Dr. Dignified...or Brother Deep-fried.
So if it takes a long time to feel like you have come out the other side of this situation, that's okay. Some if it we should never "get over" because we are dealing with people's spiritual lives, which is no small matter. I believe it's indicative of the times we live in.
Posted by GW at 6:17 PM 1 comment:

A Word of Warning

Romans 10:17 reads, So then faith cometh by hearing, and hearing by the word of God.

This is true, but I would add a word of caution. Note that another truth is brainwashing cometh by hearing and hearing. Be sure that as you are endeavoring to listen and study the word of God, that you aren't actually being brainwashed by men.

My husband and I have recently realized that we were willingly and actively being brainwashed by constantly listening to recorded sermons and also reading certain books over and over again. Imagine: No one came to our house and held us captive to brainwash us. We pursued the brainwashing!

By all means possible, seek truth, but under no circumstances, believe what a man tells you just because of whom he says he is.

Jesus Said You Will Know Them By...

(The following post was written as a response to mega-church culture.)

Jesus said you will know them by...

...how large their church is

...how humble their pastor says he is

...their conviction that church is God

...their cool hair and clothes

...their ability-in any context-to always direct attention to their lives to establish themselves as an example for others to follow

...their knowledge of self-improvement

...their ability to be follow the pack and implicitly trust everything they are investing themselves in

...their keen awareness of the world always applied in church to be relevant


This is just a short list of how Jesus said we'd know the greatest believers among us. Take note, and if your life doesn't mirror this list, you'd better evaluate your priorities. Church, it's time to take inventory of our lives. No more old fashioned church with the Sunday school classes and the archaic hymn books. No more senior citizens hanging about our churches, coming to services, trying to hold us back from going where God wants to take us! Because everyone knows he wants to take us places we've never been. There are careers paths we've never ventured into, houses we've never been successful enough to own, and coolness that we have never plumbed the depths of.

A perfect church for me would be a church in the small, rural community in which I live. It would be smaller groups of people going into the community with The Gospel, converting sinners, and disciplining them to form more groups of believers who would then do the same. The Body of Christ would grow exponentially.

The agenda of this church would be to AFFECT CHANGE LOCALLY, NATIONALLY, and GLOBALLY through getting people born again and discipleship. What kind of change? To raise up believers whose character mirrors the character and commitment of those who founded our great nation and those who are spoken of in Hebrews 11. That means if we were worth our salt, we would have FRUIT. The fruit of people living Godly lives and not giving one thought as to whether they were “relevant”, accepted by the world, or progressive.

I’m talking about the things we do actually mattering, actually changing the news headlines in the nation-where children aren’t abused, tortured, or murdered, where perversion isn’t exalted, where there are families intact and living SOBERLY in the fear of the Lord.

And my children could discover how beautiful it is to hear God’s people sing, pray, and worship the Lord together, instead of some polished, professional stage show. They could learn the lessons of selflessness and sacrifice, thinking beyond where they live in the here and now, and being salt and light in a dark, perverse world. I would like them to know that when tragedies or crises come to our family, we have a local group of believers who will help us and love us.

The most important things for them to learn are not:
“POSITIONED FOR GREATNESS”,
“YOUR BEST LIFE NOW”, or
“GOD WANTS TO GIVE YOU THINGS”
(I shudder to think where our nation would be if our founders held any of those ideas dear.)