I recently stumbled upon a documentary by Ondi Timoner called Join Us. It follows four families as they leave an abusive church in South Carolina.
Sound familiar?
A link to the film's website is above.
Posted by GW at 10:31 AM No comments:

No. Seriously. You Can Stop "Leading" Now.


If I had some free time, I might start a 12-step group. For preachers.

Some of these guys can't quit.

Take Ted Haggard, for sad instance. He's fixin' to "lead" again, starting another church, after he said he wouldn't, and so forth. Thing is, before you write him off as exceptionally strange, please know: He's not. Growing up in the church as a preacher's kid, working as a youth pastor, working with hundreds of churches in different ways, I can tell you: There are a LOT of guys like this.

They're talented, smart, know the Bible thoroughly, usually funny, charming, and they really, really need attention. Bad. And the pulpit is the vehicle for it.

Before you say, "Hey, there are a lot of great guys serving churches who aren't like this, and -- " I know. You're absolutely right. And those guys -- the good ones -- are concerned about this, too. They'll have my back on this. They'll acknowledge that for many of their brethren, attention is like sweet nectar. For the addict, seeing a crowd gather is no different than a chain-smoker eyeing a fresh cigarette and a lighter. They've just gotta use it.

The good guys will tell you this, because they know how genuinely hard it is to serve people -- actual, individual people -- compared to being a charming speaker.

It's a cliche, sure, but it really is time for some guys, guys addicted to "leading" "their" church, to do something heretofore unthinkable:

Seriously. A job. Out there, in the big world. Here's the snag, though: Whatever job they get, for them, it'll be a demotion. They won't step into other positions where they get the attention of hundreds of people each week -- including lots of women -- and they won't step into a CEO position, similar to what they've enjoyed for years. Think about it: How many jobs can a guy walk out of grad school, and "take the helm" of an organization of dozens or hundreds of people?

Most schoolteachers will tell you: Being a teacher is either the hardest job in the world, if you care about each kid, or the easiest, if you don't. Same thing with paid pastor-hood. Care about individual sheep, about actually shepherding (pastoring), and it's really, really hard. Heartbreaking, often thankless, and devoid of glamor.

You servant-leaders? You are worth their weight in gold. Thank you for pastoring. Great is your reward.

Doing "great things", in front of a crowd, has its own reward. Have an honest conversation with any man who regularly speaks publicly, cut through the baloney, and you'll hear this: Yes, it DOES play with a man's head a bit to have people regard him as an authority. Yes, there IS some charge to having women, including other men's wives, see you each week and think, "Ah, what a wonderful man."

You're on a stage, after all. And God never told us to do this, this way, by the way. We did that.

(Preaching, in the New Testament, is almost an entirely out-in-public phenomenon. Apostles preached in public squares, outside and in Jewish synagogues -- wherever they could proclaim the Good News to the lost.) We're the ones who made this system, this one-leader-guy-speaks-to-the-same-crowd-every-week system. So be it. Doesn't make it evil, of course. But we're the ones, in many cases, who are enabling addicts.

And this particular addiction has an even darker side: It's often justified with the use, and misuse, of scripture. Jesus says you have only one Master, and we are all brothers, all equals. (Matthew 23) An attention-needing pastor will say, without saying it, perhaps, that Jesus didn't really mean that. Jesus really meant you need talented pulpit speakers.

We all -- singers, speakers, teachers, radio hosts (!), and anyone, actually -- can be addicted to attention. We all can become addicted to the idea that people, and God, need us to be the authority, to lead the little people. Most, thankfully, can't attempt to justify their fix with the Bible.

A sad secret is that many men, many good men, would quit their paid church positions if they thought they *could* get another job. But, at 17, they decided to get a degree in Bible or ministry, and now they feel trapped. They'd love to breathe free. They'd love to serve the Lord as volunteers, to experience the rush of body-life as "just another member" of the body, and their wives would like the break, too.

They don't need the adoration. But this is their career. They honestly suspect they can't get another job. I'm not guessing about this. I've talked to many of them. I feel for them. For awhile, I was them.

And then there are those who just can't quit. They're addicted. Or they have this. Doesn't matter what they've done, whom they've used, or how muddled their own spiritual lives have become with personal ambition -- they've simply got to have attention and authority. They can't just be one of us. They want to be called "Teacher". They love the recognition. And boy, they can sure snow a congregation... but they can't put one over on God.

And God loves them, desperately, which may be why he asked us -- the church -- to help with this problem. Don't call anyone "Teacher" except Jesus, alone, Jesus said.

There are men who love to be seen as the authority, Jesus warned. Don't listen to them, He said. You have but one Teacher, He said. Don't act like those guys are big shots. Don't do it. Don't do it to the Sunday morning speaker, don't do it to radio hosts. Don't do it to anyone, Jesus says. Jesus is our Master. We are all brothers. No part of the body is more important than any other. Ever. Even if someone's on a stage.

Don't do it. It's not good for you, and it's horrible for him. We're not to enable this.

How to Judge "Year Prophecies" Part One

January 1: NewYear’s Day! And with a New Year comes a new rash of “ Year Prophecies.” During the 10 years that my family and I were in the Word of Faith movement, such prophecies became common at the beginning of each year. They ran the gamut from brief messages (anyone remember “1996: The Year of the Fix”?) to some that were several paragraphs long. So how does one know that a prophecy given about the New Year is really from God? Here are a few tips to see if your Man of God’s prophetic word passes muster.

2. Rhyme Scheme
A prophecy becomes all the catchier and memorable if it rhymes. Then the Praise and Worship team can set it to music (see article Play That Funky Music )http://theautonomyofthebeliever.blogspot.com/2009/03/play-that-funky-music.html

3. No Rhyme
There is nothing written anywhere that says a Year Prophecy must rhyme. Don’t limit God by your unbelief or your iambic pentameter. The longer the prophecy, the harder it is to rhyme, although I have seen it done.

4. Has Grammatical Errors Consistent with the Way Your Man of God Speaks
If your prophet or pastor says for example, “dispazootions” instead of “dispensations”, “tooken” instead of “taken” or has a strong Midwestern or Southern accent, the prophecy will sound like that. It’s just God's way of letting you know that every time this man speaks, it’s God speaking through him.

5. Lack of Specifics
Remember that book that gave 88 reasons Christ would return in 1988? If you do, then you realize that a Year Prophecy isn’t going to set any dates or name names or give too much specific information. It only needs to bear witness with your spirit. It’s not going to be really negative either, you can read Jeremiah if you need a rebuke. It will be something to the effect of “God has a blessing for you, and it might get tough for some of you this year but hang in there and we will all be blessed before it’s over with.”
Posted by GW at 11:50 AM 2 comments: 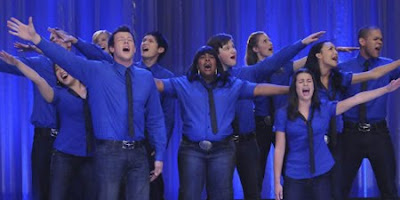 When you put on your next prayer-performance, I'll be looking the other way. No matter how long or loud or often you pray, I'll not be listening. And do you know why? Because you've been tearing people to pieces, and your hands are bloody. Go home and wash up. Clean up your act. Sweep your lives clean of your evildoings so I don't have to look at them any longer. Say no to wrong. Learn to do good. Work for justice. Help the down-and-out. Stand up for the homeless. Go to bat for the defenseless. "
Posted by GW at 2:29 PM 2 comments:

Provender: Are you covering for a spiritually abusive pastor?

Our friends at the blog What Really Matters had a link to this article recently and I wanted to post it here too.

Although we were not inner circle people with our pastor, we did a pretty good job carrying the water for him from a distance!

Provender: Are you covering for a spiritually abusive pastor?
Posted by GW at 8:06 AM No comments: