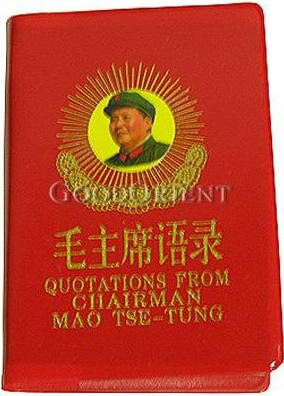 Of the many weird things about my Word of Faith experience, one thing that I often think about is the music. I noticed early on that our church placed little value on creativity. Anyone’s talents and abilities shining too brightly would threaten our controlling pastor. This was true in a variety of the church’s departments, but it was most noticeable in the church's music. We had a number of talented musicians and singers pass through our ranks over the years. There were presentations that were done from time to time by our music people that, to my ears, showed considerable musical ability. But if you heard something really good, you could count on SELDOM if EVER hearing it again thanks to our Reverend Pastor Narcissist. Nothing was going to take the spotlight off his “teaching gift” so the gifts in the congregants were suppressed. Their gifts were only to be used to further his "gift."

But what is really interesting is the subject matter of some of the songs. Since we emphasized “Positive Confessions”, much of our music were statements about "What I’m going to do" set to music. It seems so strange now, that we came to worship the God of all Creation by singing about what we were going to do.

Then there were the personality-cult aspects of the music. I remember a man who set Kenneth Hagin's sermons to music and sang them in Hagin’s meetings. What I heard was essentially this man sing-talking (Lou Reed?) the sermon bullet points with piano accompaniment. With that being said, occasionally someone would set our pastor’s latest slogan or sermon points to music.

Is that just me or does that sound like some kind of Communist dictator?

Let’s think this through….we sat and diligently took notes of the pastor’s sermons (they sold custom-made notebooks in the church bookstore and advertised them from the pulpit). We discussed the pastor’s wisdom that was captured on people’s notepads. Some of us had treasuries of Revered and Mrs. Pastor’s collected wit and wisdom. As if that was not enough, we sometimes heard songs and improvisations based on his sermons and slogans. All we needed was a little red book of his sayings like Mao Zedong (By the way, the pastor did get a book published just before we left, so I guess he got that covered). Brainwashing, anyone?

Some of the songs that made the rounds in the WOF are equally bizarre. I recall one song that was about being promoted by God and being moved up higher. We also tweaked lyrics to conform to WOF dogma. Even Amazing Grace had to tow the party line. We did not refer to ourselves as wretches, so Amazing Grace saved “someone” like me. If a song did not conform (or if he was just feeling moody) the pastor would interupt the song and explain why we did not need to be singing it. I recall Hillsongs’ On Eagles Wings got shot down in public like that. You can imagine how the threat of public rebuke made the music people feel, as the standards were inconsistently applied to boot. It also created room for someone to suck up to the pastor with their ability to discern bad song lyrics.
Like nearly every other aspect of our old church, music was just another tool to manipulate and control the congregation.
Posted by GW at 1:17 PM