The Benefits of Favoritism 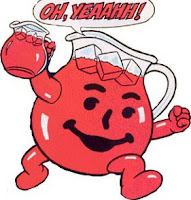 mon feature of controlling Word of faith churches I have observed is nepotism. Nepotism is defined as favoritism (as in appointment to a job) based on kinship. They really seem to go all the way with it too. The pastor makes his son the worship or youth leader, a daughter or daughter-in-law oversees the kids, the wife co-pastors and everyone is on full time payroll somewhere somehow. I know of cases where a pastor's family members replaced more qualified staff members or volunteers, which shores up the pastor's control in the church.

As a PK myself I certainly could not recommend a minister putting their 20-something aged kids on a paid ministry position just because of their relation, no matter how good every one's intentions are. Even when there is not an expectation to meet from parents, minister’s children can struggle with their own sense of personal identity. This is largely due their lives being in the context of church and the potentially confining attitudes of congregants. I would not want to put pressure on a young person to lead teens when there are still personal convictions and chooses to be borne out in their lives.

These are the pressures normal people in church deal with. In the Twilight Zone atmosphere of a controlling church, the minister usually holds his family up as a model of faith and virtue. Reinforced by preacher-exalting doctrines about authority, personal anointing and prosperity, the pastor and his family are celebrities in their own church. I don't think any reasonable person would think that this is a healthy emotional environment for the pastor's kids to grow up in. Yet they have jobs there, in some cases, being payed a disproportionately high salary for the position they occupy.

So you have family members employed in positions they might otherwise not have the inclination or desire to do. They are really just in the family business. And the family business is riding the prosperity gravy train, exhorting people to give while they live the extravagant lifestyle of the nouveau rich. And I hear story after story of the adult children or family members in these churches falling in to sin (in some cases staying there). Leaders in a controlling church must be confronted over such issues. It seems like I remember Jesus rebuking the religious crowd far more often than the sinners because of their corruption and pride.

People get upset (or should) when politicians pack appointed positions of grant contracts to their cronies and family.

Why accept any lower standards from church leaders?
Posted by GW at 7:50 AM