It flows from the head 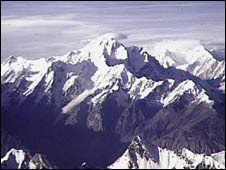 One of the things we noticed when began going to our Word of Faith church was the often disturbing character of the congregation. Although there were exceptions, our church was consistently unfriendly. A relative who also attended church there with us for a while maintains it was the most unfriendly church he's ever been in. When we began attending there, we felt as if people kept us at arm's length. At the time my wife and I were in our early to mid-twenties. I would introduce myself to people and have what I could only describe as comically bad experiences. This happened time and time again...the usher who looked past me the whole 5 minutes I tried to converse with him or the guy who didn't like what my infant son had on...after a while you are asking yourself if you are on Candid Camera. It was such a common occurrence that it became a running joke with my wife and me; we'd introduce ourselves just to see how bad it turned out.

Why did we put up with it for so long? In our first months at the church we heard messages on avoiding offence that made an impression on us. We heard another from one minister how he stuck out seemingly bad treatment from famous preachers but was ultimately vindicated for his faithfulness. We felt that spiritually maturity was being emphasized. My wife and I had seen enough petty behavior in the churches we grew up in that these messages appealed to us. We wanted to do the right thing and take the high road in the way we conducted ourselves with people.

Something else that was hard to explain was some of the congregants that were embraced and held up as examples by the pastor. Some were people we knew of through family and they were, well, not very likable people. Actually some were just plain jerks. But we were going to be spiritual about it. After all, everybody puts their best face on at church.

When we first began attending the church, we had no contact with the pastor (Perhaps the presence of ushers who were more like personal bodyguards had something to do with it). But over the years as we were serving in various volunteer positions we had the opportunity to observe him and his family, particularly the adult children of the pastor. We had begun to wonder that maybe the aloof and distant personality of our church had to do with the staff ministers' influence on the pastor. Our church was comprised of several hundred people with several ministers on staff. Surely it was one of them. Then as the pastor's adult children began to be placed in prominent positions (read: nepotism), we saw occasions of nasty behavior in them. Maybe it's was the kids' influence on the pastor? After all they were at the top of the cast system. Then it began to dawn on us the last 3 years there that perhaps the pastor was the problem. The signs were there all along but we did not want to face up to it, although our families had seen it all along.

We were taught a lot about authority in the Word of Faith. It stemmed from the belief of the believer's delegated authority over the devil. It was said that if you were not under authority you didn't have any authority. People would say that 'authority flows from the head.' Apparently so did disdain, snobbery, meanness and manipulation. The pastor's behaviors were echoed in the behavior of some congregants. I learned as a parent that whatever behaviors the parent displays, they legitimize those same behaviors in their kids. It later became very plain that some of the behavior we witnessed at church echoed the behavior of the pastor.
Posted by GW at 10:31 AM