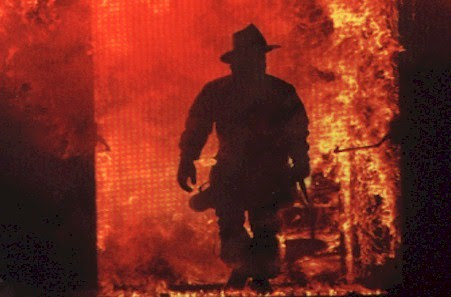 The folks over at A Former Leader's Journey have been seeking feedback on the subject of Evangelism so I thought I'd add my comments. Read the comments preceding mine on their blog to get a feel for how the conversation has flowed. It will give some context to my comment.

I am going to give this a shot, been trying to comment here for days…I would agree after my own Word of Faith experience that “life enhancing” perks are used all over the evangelical spectrum (and beyond) to draw the unchurched to a relationship with Christ, or at least to get them attending a church.

I agree also that we too often we put pressure on ourselves to ‘win’ non-Christians to Christianity. We all recognize that we should be doing something, but as is typical for the time we live in, no body is sure what that something is.

Although the religious pressure is off my life, I must still consider what happens when a person dies. No matter how much phoniness and corruption takes place in church or in society, nothing changes death. So is it true that Jesus was sent to save us from our sins? Has He called all men to repent? What is the fate those who do not believe? We Christians act like we have all the answers, why wouldn’t we be proactive to share that message in society…by “society,” I mean with people…people who may or may not want to think about it.

We should be honest, real and moral (what a concept). We should also mindful that we are only delivering the information and not the ones doing the saving. And speaking of being uncomfortable, we should also be glad that no one is trying to stone us like Paul. I think this is an important point that cannot be overlooked. If we plan on sharing Christianity with non-Christians, expect resistance. Christianity challenges every person; it challenges a person’s world view, it challenges self righteousness. Everyone is right and clean in their own eyes. To introduce people to a line of linking that might challenge their own goodness, it will be uncomfortable and they might not like you. But what are we to do? Should we be like someone who sees a house that’s on fire and say “Oh, they will get out in time.” Does a doctor fail to tell a patient about his cancer because he’s afraid he will loose the patient’s friendship? Hopefully we are not in such a state of Jesus-follower bliss that we ignore the spiritual condition of those around us. We can ask thought provoking questions to see how far we can go with people and demonstrate that we aren’t trying to get something out of them.

My last thought is this: At times I have been engaged in,…..yes,…. door-to-door witnessing! The reason I did was because of a co-worker who was a Jehovah’s Witness. He told me the reason he started going to the Kingdom Hall was that someone paid his family an unexpected visit and shared their beliefs and poof! He’s been a JW ever since. Meanwhile churches with more orthodox doctrinal positions can’t be bothered and when they do they try to ‘win’ people over to evangelical church culture rather than Jesus.

Thanks for the opportunity to comment.
Posted by GW at 7:39 PM