The Cone of Silence 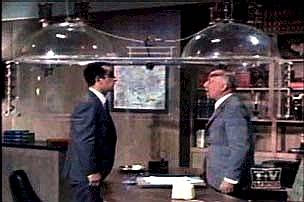 Controlling churches often have unspoken codes of conduct. In the Word of Faith we had a "code of silence" which was the result of some doctrinal combinations: faith, positive confession and submission to authority. Exercising faith through words is an important component of the WOF. We wanted to plant God's Word in our hearts and "have what we say." To stay strong in faith, we avoided talking in a way that could be construed as unbelief or doubt of God's Word or what we believed His promises were. We did not want to have an attitude of disrespect or harbor grudges against other Christians (a.k.a."Walk in love"). Not only did we believe it would have an adverse effect on your faith, but also it was implied that it could cause a person to fail in life or even die.

The end result was that there were a whole lot of things that we did not talk about. If you felt sick, you were experiencing "symptoms" (but you were NOT going to admit you were sick). If you were broke you found some way to infer that you were low on cash besides saying "I can't afford it."

You can imagine the disaster that awaits someone who needs serious medical treatment that is trying to fight "symptoms". It was okay to use doctors and medicine, just take your healing confessions with you to read while you are in the waiting room. But what if someone is afraid to go to the doctor? They might put off medical attention with "faith" alone as their excuse only to find themselves in a terrible situation (We didn't confess fear, by the way). We could also do a separate post on people in desperate financial straits giving money into offerings that can't afford while making their prosperity confessions. You can see that there could be a variety of unexpected consequences from this faith teaching.

But one truly unexpected consequence (for me, anyway) is the culture that is created in a church where these teachings are the norm: If there is a problem that reflects poorly on the leadership, you can't talk about it! The way we treated ministers and leaders in our old church seems based on the assumption that leaders do not err. So if there is, for example, a serious question about how church finances are handled, you are not being submissive to God's appointed leader by bringing it up. Not only are you rebelling if you persist with such questions, you are harming your faith by failing to "walk in love"! This would probably play out differently if there was transparency in the church power structure. However, the pastor is presented as the visionary of the church and the pinnacle of the power structure. If there are moral issues or financial questions, or problems that stem from nepotism, you are just supposed to tolerate it. You might even find yourself blackballed by the leadership and some congregants for speaking out.

The code of silence is widespread. There are many ministers in the WOF that understand there is a problem but most don't "rock the boat". I understand now why the prophets and Jesus himself had to continually confront the error of the religious establishment.

Looking back, it was really more like the cone of silence for the program Get Smart. We were in our little cones of silence as if we were in our own worlds...with Charles Capps minibooks in our pockets.
Posted by GW at 7:53 PM